The National Institute of Mental Health (NIMH) is pleased to announce that Karen D. Lincoln, PhD, MSW, MA, FGSA has been selected as the 2022 winner of the James Jackson Memorial Award. The NIMH James Jackson Memorial Award was established in 2021 to honor outstanding researchers who have demonstrated exceptional individual achievement and leadership in mental health disparities research and excellence in mentorship, influence, and support of trainees. 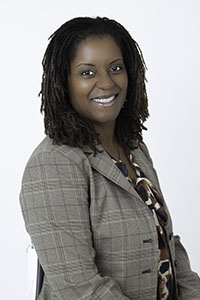 Dr. Lincoln is a social worker and sociologist with expertise in societal and social determinants of health and well-being among Black Americans. Currently, she is an Associate Professor in the Suzanne Dworak-Peck School of Social Work at the University of Southern California.

As a social scientist, Dr. Lincoln focuses on the social, psychosocial, and public health factors related to mental health disparities. As a researcher, she grapples with issues that are locally, regionally, and nationally meaningful to achieve health equity within a generation.

The primary objective of Dr. Lincoln’s research agenda involves contributing to theoretical, methodological, and empirical knowledge on Black American health and well-being across the lifespan. She is particularly interested in investigating the psychosocial, behavioral, and biological mechanisms whereby societal and social determinants impact well-being among adults and older adults. Findings from her work can inform interventions spanning multiple ecological levels that are relevant to clinical practice, including improving clinical and community-based care for persons with mental health disorders, chronic health conditions, and cognitive impairment.

Dr. Lincoln has published more than 79 articles and book chapters in the areas of social stress, aging and health disparities, and is an active public scholar and aging advocate, with op-eds in the New York Times, the Wall Street Journal, and other media outlets focused on long-term care and policies to support poor seniors.

She has been principal investigator (PI) or co-investigator on NIH-funded grants that have investigated a number of issues around health disparities among underserved populations. Dr. Lincoln is a Fellow of the Gerontological Society of America, a Hartford Faculty Scholar, an Encore Public Voices Fellow, and a Next Avenue Influencer in Aging. Dr. Lincoln was ranked third among the most influential African American social work scholars in the United States, and was recently named among the Top 2% of Scientists Worldwide by Elsevier and Stanford University.

The NIMH James Jackson Memorial Award is named in honor of the late Dr. James Jackson, a renowned social psychologist who was the Daniel Katz Distinguished Professor of Psychology at the University of Michigan. Dr. Jackson’s research on race, ethnicity, racism, health, and mental health has had far-reaching impacts on the fields of disparities research and minority mental health. Of particular significance, he authored the National Survey of Black Americans and the National Survey of American Life, which changed the way the field examined and understood Black life and mental health in the United States.