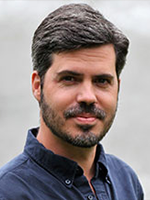 Pablo Vidal-Ribas Belil, PhD: I was a Postdoctoral Visiting Fellow at the NIMH IRP with a PhD in child and adolescent psychiatry from the Institute of Psychiatry, Psychology and Neuroscience, King’s College London, UK. Before starting my PhD, I trained 4 years as a Clinical Psychologist in Barcelona (Spain) while undertaking two MSc in both Child and Adolescent, and Adult psychopathology. Then, in 2012, after being awarded a prestigious Koplowitz Foundation Fellowship, I moved to London (UK) and joined Dr Argyris Stringaris’ Mood & Development Lab. I used behavioral, epidemiological and neuroimaging approaches to identify risk and protective factors of mood disorders and its consequences in young people, including depression, anxiety, irritability and suicidality. 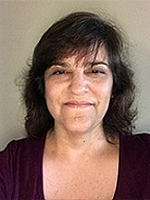 Beth Glicker, RN: Beth has been a registered nurse for over 30 years. She has worked as a pediatric and labor and delivery nurse, and in such varied settings as camps, schools and outpatient clinics. More recently she has spent time as a public health nurse focusing on child abuse and domestic violence prevention and working with low income mothers to improve maternal and infant outcomes. 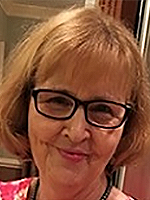 Deborah Ellen Boyle, RN, MN: I am a Master’s-prepared research nurse. I completed my graduate nursing coursework in biopsychosocial nursing at The University of Washington in Seattle. I worked as a Nurse Practitioner for Seattle Children’s Hospital’s Outpatient Clinic in Bellevue, WA providing care and doing research. I’ve also worked as a health care researcher at the Wellesley College Center for Research on Women on the Eunice Kennedy Shriver NICHD’s Study of Early Child Care and Youth Development. I worked for six years at the NIH as a clinical research nurse providing mental health clinical care for children and adolescents. Then I joined the Mood Brain & Development Unit in the Emotion Development Branch of NIMH as a research nurse. 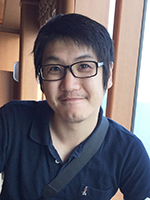 Narun Pornpattananangkul, PhD: I was a postdoctoral fellow at MBDU. I was trained in Affective Neuroscience during my PhD at Northwestern University. Prior to joining NIMH, I was a research fellow at National University of Singapore, with a focus on Neuroeconomics. My research focuses on neural-cognitive mechanisms involved in reward-processing and decision-making. To this end, I have used various cognitive-neuroscience methods (e.g., M/EEG, fMRI, computational modeling and behavioral experiments). At MBDU, my aim was to examine potential changes in reward-processing and decision-making in adolescents with depression. 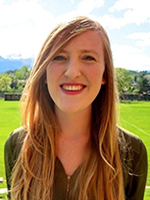 Katherine (Katie) Miller: I was a post-baccalaureate IRTA fellow in the Mood, Brain & Development Unit, led by Dr. Stringaris. I completed my BA in Neuroscience with a minor in Biochemistry at Colorado College, where I completed an honors thesis in the Killian Developmental Neurobiology Lab on dendrite morphogenesis. I am interested in studying the etiology of mood disorders during key times of transition, with a particular interest in using this knowledge to develop more effective and accessible interventions. Katie currently works in Denver, Colorado. 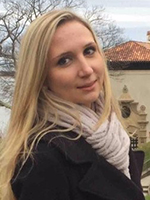 Aria Vitale: I was a Postbaccalaureate IRTA Fellow in Dr. Argyris Stringaris’s Mood Brain & Development Unit. I received my BA in Psychology from Georgetown University in 2017, where I completed a senior honor’s thesis under the supervision of Dr. Peter Turkeltaub that utilized lesion-symptom mapping in stroke patients to investigate hemispheric lateralization of auditory stimuli. I am currently attending Albert Einstein College of Medicine. 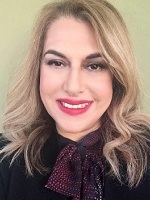 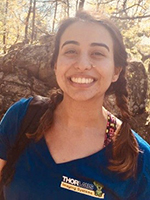 Kiana Khosravian: I was a postbaccalaureate IRTA supervised by Dr. Argyris Stringaris. I graduated from Emory University in May 2017 with a BS in Biology, where I completed an honors thesis in the lab of Dr. Malu Tansey, characterizing the gut-brain connection in a novel mouse model of Parkinson’s disease. I joined the Mood Brain & Development Unit as an opportunity to gain more clinical exposure to adolescents with mood disorders. My current research involves fMRI tasks that examine differences in reward processing in depressed adolescents. I have also been trained in transcranial magnetic stimulation and will soon be working on a project implementing the technique. My goal is to pursue a career in medicine and I am currently attending George Washington University. 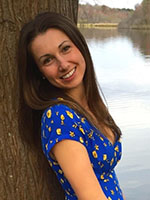 Liana Meffert: I was a postbaccalaureate IRTA supervised by Dr. Argyris Stringaris. I recently graduated from Emory University with a BS in Biology, where I completed an honors thesis in the lab of Dr. Malu Tansey, characterizing the gut-brain connection in a novel mouse model of Parkinson’s disease. I joined the Mood Brain and Development Unit as an opportunity to gain more clinical exposure to adolescents with mood disorders. My goal is to pursue a career in medicine and I am currently attending medical school. 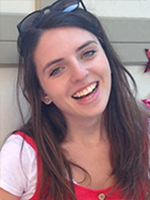 Ariela Kaiser: I was a postbaccalaureate IRTA fellow in the Mood Brain & Development Unit, supervised by Dr. Stringaris at NIMH. I graduated with high honors in psychology and a second major in women, gender, and sexuality studies from Washington University in St. Louis. I’m interested in how depression relates to changes in reward and emotion processing systems in the adolescent brain. I am particularly interested in how cognitive neuroscience research can be translated into clinical practice to help treat underserved youths suffering from psychopathology. I’m currently attending Northwestern’s clinical psychology PhD program with the goal of continuing my research in adolescents with internalizing disorders. 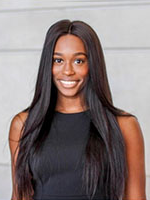 Jamilah Silver: I graduated from Northwestern University with majors in Human Development & Psychological Services and Psychology. My research and clinical interests include adolescent mood disorders and the effect of psychopathology and treatment on family relationships. As a summer research assistant in the Mood Brain & Development Lab, I continued developing my interests by investigating the trajectories and behavioral/neural correlates of Major Depressive Disorder (MDD) in adolescents. I am currently attending Stony Brook for a PhD in Clinical Psychology. 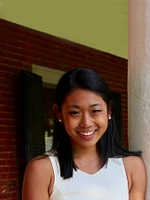 Christine Wei: I was a post-baccalaureate IRTA fellow in MBDU. I graduated from the University of Virginia with a BA in Psychology, where I completed my honors thesis in the Social Cognition and Behavior Lab under Dr. Sophie Trawalter on the role of racial and gender disparities related to student experiences of belonging and safety, specifically feelings of safety on campus and attitudes toward the presence of campus police officers.  I plan to pursue a career possibly in psychiatry. 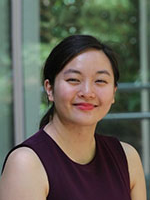 Katy Chang: I was a post-baccalaureate IRTA Fellow. I graduated in the class of 2018 from Washington University in St. Louis with a major in Philosophy-Neuroscience-Psychology. During my undergraduate career, I completed independent research in the BRAINlab under the guidance of Dr. Ryan Bogdan on the mediatory role of inflammation on the link between lifetime stressful life experiences and physical health outcomes in later life. I also completed an honors thesis with Dr. Alan Lambert on the role of threat in shifting political attitudes. I am interested in addressing psychiatric health disparities, as well as researching the effects of marginalization and stressful life experiences on health outcomes. 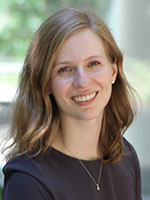 Kenzie Jackson: I was a Postbaccalaureate Intramural Research Training Award (IRTA) Fellow. I received my BS in Psychology with a minor in Neuroscience from Duke University in 2018, where I completed an honors thesis under the supervision of Dr. Timothy Strauman on the role of maternal perinatal depression in child internalizing symptoms. I am interested in researching reward processing as a resilience factor for individuals with depression, and hope to continue this work as I pursue a career in medicine. 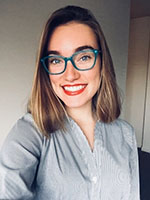 Kate Haynes: I was a post-baccalaureate IRTA fellow in the Mood Brain and Development Unit, led by Dr. Stringaris. In 2019, I received my BA in Neuroscience and Psychology from the University of Virginia, where I completed an honors thesis on infants’ sensitivity to eye cues in the UVA Baby Lab under the advisement of Dr. Tobias Grossmann. I am interested in working with children with social, emotional, and behavioral challenges and developing more effective interventions for this population. 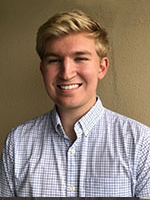 Stuart Kirwan: I was a post-baccalaureate IRTA fellow in the Mood, Brain and Development Unit, led by Dr. Stringaris. I graduated from the University of Florida in 2018 receiving a Bachelors of Science in Psychology with a specialization in Behavioral and Cognitive Neuroscience. During my first year at the National Institutes of Health, I assisted with an investigation into the long-term sequelae of Anthrax, specifically focusing on the neurocognitive deficits seen in the survivors of the 2001 bioterrorism attack. I plan to attend medical school and pursue a career in psychiatry.