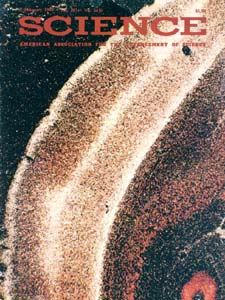 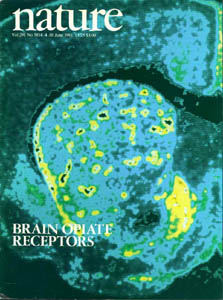 Herkenham, M. and Pert, C. B. Mosaic distribution of opiate receptors, parafascicular projections and acetylcholinesterase in the rat striatum. Nature 291: 415-418, 1981

The distribution of opiate receptors, labeled with tritiated naloxone, in the striatum (caudate-putamen and accumbens) of the rat brain. The image was produced on tritium-sensitive film and captured by a computer that generated colors in accordance with receptor density. The study showed the registration of opiate receptor-dense patches, acetylcholinesterase-poor "striosomes," and axonal projections from the thalamus. 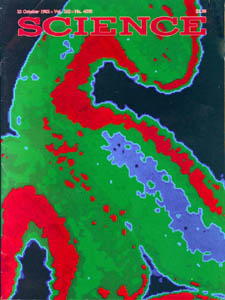 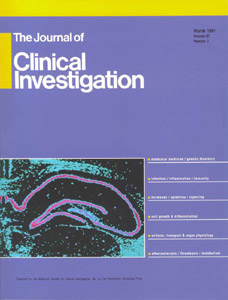 A paradigm for showing delayed effects of therapeutic antidepressant drug treatment at the molecular level is demonstrated. Animals given daily therapeutic doses of imipramine showed changes in gene expression for key neurotransmitters and enzymes in key anatomically defined areas that are thought to be important in responding to stressful stimuli. The changes were seen only after long-term (8 weeks) administration. The delay in change in levels of gene expression is significant because clinically effective antidepressant treatments are associated with similar delays in onset of efficacy. The picture shows glucocorticoid receptor mRNA expression in the hippocampus, a site implicated in negative feedback control of the stress axis. 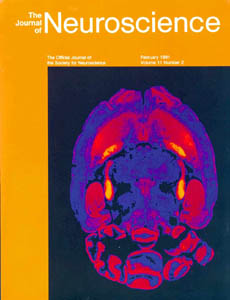 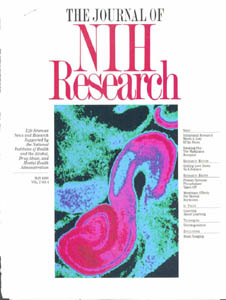 Article called "Smoking out the marijuana receptor" summarized the recent avalanche of scientific findings about the nature of the cannabinoid receptor. The picture showed cannabinoid receptors in the hippocampus. The film image was color-coded by the computer. 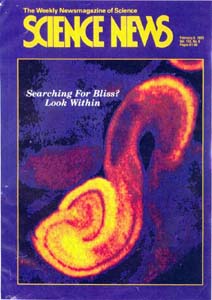 Article in Science News summarizing recent studies of the characterization, localization, and cloning of the cannabinoid receptor. The hippocampal image was color coded sing a different color scale. 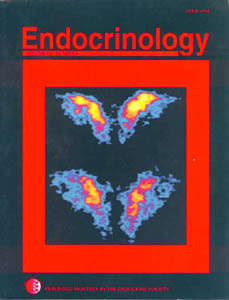 Expression of CRH mRNA in the hypothalamic paraventricular nucleus (PVN) is decreased in aged rats. The technique of in situ hybridization histochemistry was used to show that neurons in the PVN express lower levels of the mRNA for the important neurotransmitter in old rats. CRH regulates levels of cortisol in the blood. 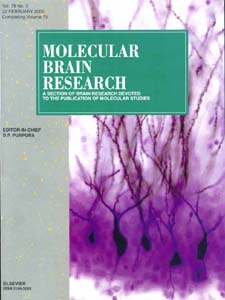 Article about the mRNA expression of the fragile X gene in the hippocampus following several experimental manipulations that alter levels of neural activity. The picture shows Golgi-stained neurons of the dentate gyrus. These are called granule cells, and they show plastic changes associated with learning and memory. 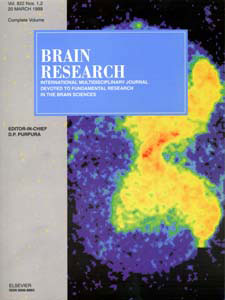 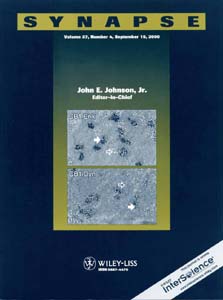 Article about the localization of cannabinoid receptor mRNA (CB1) bearing neurons colocalized with enkephalin and dynorphin mRNA-positive projection neurons in the rat caudate-putamen. The potential role of cannabinoids in movement control was the underlying basis for the study. 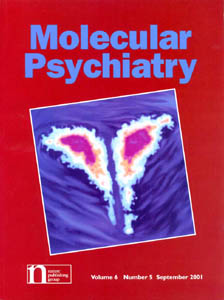 In this study, the herbal product St. John's wort was shown to have many effects on neuronal gene transcription in brain stress circuits that are the same as the changes caused by the prototypic antidepressant drug imipramine when administered to rats in a therapeutic regimen of daily administration for 8 weeks. The illustration shows corticotropin releasing hormone (CRH) mRNA expression in the hypothalamic paraventricular nucleus (PVN) of the rat. 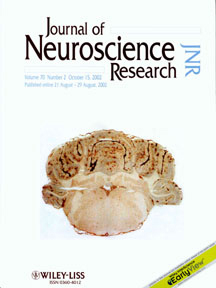 An anti-neuronal autoimmune reaction was achieved by immunizing Lewis rats with peptides from the brain-type cannabinoid receptor. The image shows an immune reaction in the cerebellum where dense cannabinoid receptors reside. This is the first demonstration of a cell-mediated autoimmune attack against neuronal elements and is therefore a model of suspected anti-neuronal autoimmune diseases such as Tourette's syndrome, Sydenham's chorea, and Rasmussen's encephalitis.

Markers for new neurons in the hippocmapal dentate gyrus of the transgenic GFAP-HSVtk mouse are shown by immunohistochemistry. A mouse on a running wheel, which is a key component of an enriched environment, is shown.