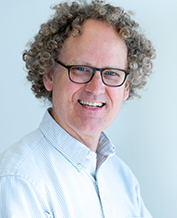 Dr. White received his Ph.D. in the Neural Sciences at Washington University in St. Louis and went on to do postdoctoral research at Yale, where he sought to develop genetic tools for neuronal manipulation. He joined the NIMH in 2002, where he now heads the Section on Neural Function and serves as Acting Chief of the Laboratory of Molecular Biology. Continuing the research he began at Yale, Dr. White’s laboratory has been a leader in developing genetic tools for mapping neuronal circuits in the fly. In conjunction with its tool-making activities, his laboratory also maintains a vigorous research program into the neural basis of behavior, with a focus on the motor sequences executed by fruit flies in the context of molting. The primary aim of this research is to understand how neural networks integrate information from the environment and the body to orchestrate ordered motor sequences. Planning and executing such sequences is a fundamental aspect of all behavior, including in humans, where deficits in initiating, terminating, and organizing actions characterizes many mental disorders. Dr. White is a long-standing member of the Society for Neuroscience and of the Genetics Society of America. Since 2014, he has also served on the Scientific Advisory Board at the Bloomington Drosophila Stock Center (BDSC).

While considerable progress has been made in understanding the molecular and cellular foundations of nervous system function, much less is known about the network-level processes that give rise to behavior. This situation is rapidly changing with the development of powerful methods for selectively turning on and off brain cells in freely behaving animals. These methods allow the functions of different sets of brain cells to be determined. This information can, in turn, be used to map the neural circuits in which these brain cells participate. In animals with compact nervous systems, such as the fruit fly, Drosophila melanogaster, progress has been very rapid over the last decade, and numerous behavioral circuits are now being fine-mapped at cellular resolution. Within the next decade, we can anticipate a relatively comprehensive understanding of how these various circuits are functionally organized to orchestrate the fly’s responses to changing internal needs and environmental conditions.

The White lab develops genetic tools to facilitate circuit-mapping in Drosophila and uses these tools to map the specific neuronal circuit that governs molting behaviors. Molting requires the execution of highly stereotyped motor sequences known as “ecdysis sequences,” which are governed by a conserved set of hormones. These hormones act within the brain as neuromodulators and the neuromodulatory mechanisms that govern the initiation, assembly, and execution of the motor programs that comprise an ecdysis sequence are thus fully open for investigation in this model system. Initiation of an ecdysis sequence typically involves a profound shift in behavioral priorities and thus also offers the opportunity to understand the neuromodulatory mechanisms that govern changes in behavioral state. Finally, the study of ecdysis sequences promises insight into how conserved circuits can be variably configured in development and evolution to generate immensely different behaviors. In Drosophila, for example, the ecdysis sequences performed at the pupal and adult stages—before and after metamorphosis, respectively—are scarcely similar though they are governed by a common set of neuromodulatory/hormonal inputs. By analogy to computing, these inputs can be regarded as instructions written in a higher programming language that are then compiled into different motor output patterns. Exposing the mechanisms of neural “compilation” in the molting process should inform our understanding of how neuromodulators contribute to neurocomputation by broadly reconfiguring the activity of neural networks.