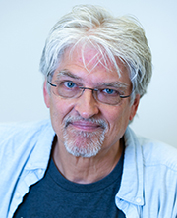 Lee E. Eiden is the Chief of the Section on Molecular Neuroscience in the National Institute of Mental Health Intramural Research Program of the National Institutes of Health, Bethesda, Maryland. He received his B.A. in Chemistry from Northwestern University in Evanston Illinois, and Ph.D. in Pharmacology from The University of Kansas, and was a Staff Fellow, PRAT Fellow, and Senior Staff Fellow in the NIMH Intramural Research Program before joining the faculty as a Principal Investigator and Chief of the Unit on Cell Biology in 1987, and Chief of the Section on Molecular Neuroscience in 1992. His work at the NIH has focused on stimulus-secretion-synthesis coupling, characterization of the vesicular and secretory proteins mediating chemically coded neurotransmission, including chromogranin A, VMAT1, VMAT2, and VAChT and signaling pathways underlying neuropeptide-mediated stress responses. More recently, the laboratory has been involved in microarray- and bioinformatics-aided gene discovery within neuropeptide-dependent stress-activated cellular signaling pathways in the central nervous system, and has characterized a novel cAMP sensor for neuroendocrine cell-specific GPCR-initiated signaling to the MAP kinase ERK. Dr. Eiden is a member of the editorial boards of Peptides, Cellular and Molecular Neurobiology, and Science Signaling.

The overall goal of the Section on Molecular Neuroscience is to identify the cellular signaling components that allow neuropeptide GPCRs to control stress-responsive gene transcription. Pharmacological and genetic evidence indicates that neuropeptide slow transmitters represent “the language of the stressed nervous system” (Hokfelt et al., Lancet Neurology, 2003). Neuropeptide transmitters are important intervention points in injury, pain, drug abuse and stress. ‘Fast’, or ionotropic, neurotransmitters regulate ion flux through membrane receptors to control instantaneous firing rates of receptive cells. ‘Slow’, or metabotropic, neurotransmitters act through G-protein coupled receptors (GPCRs) to alter intracellular cyclic AMP or calcium levels, controlling gene transcription that encodes synaptic experience over longer periods. We hypothesize that the linkage between stress-related signaling and the gene transcription required for neuronal protection against traumatic effects of stress will ultimately be established by examining a specific example of stress-related GPCR signaling from first messenger to gene activation, and uncovering its biochemical, pharmacological and physiological consequences. The pituitary adenylate cyclase-activating polypeptide (PACAP) is a neuropeptide slow transmitter that elevates post-synaptic cyclic AMP (through Gs) and calcium (through Gq and other mechanisms) after secretion from pre-synaptic neurons. We have previously demonstrated that PACAP-deficient mice show impaired adrenomedullary responses to hypoglycemia and neuroprotective responses to brain ischemia. We recently discovered that PACAP is capable of enhancing transcription of specific target genes in neuroendocrine cells through a cyclic AMP-dependent mechanism that does not require protein kinase A (PKA). The cellular protein components of this ‘non-canonical’ cAMP transcriptional activation pathway are not known, although its importance in mediating cellular plasticity in the synaptic response to stress in both brain and peripheral neuroendocrine networks is quickly becoming clear. Without the full delineation of molecular pathways involved in cAMP-mediated neuronal response to metabolic, ischemic and psychogenic stress, development of innovative pharmacological therapeutic strategies to treat stress-associated disorders will be severely limited. Consequently, we aim to identify the cAMP sensor through which genes responsive to combinatorial calcium and cAMP signaling are uniquely activated by slow transmitters such as PACAP in both central and peripheral PACAP-responsive neurons, and deploy this biochemical information in development of pharmacological approaches to the management of the chronic stress response.