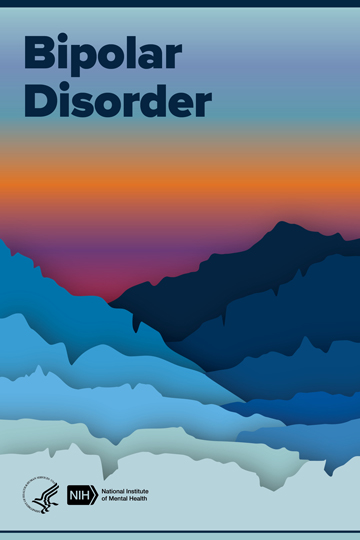 Do you have periods of time when you feel unusually “up” (happy and outgoing, or irritable), but other periods when you feel “down” (unusually sad or anxious)? During the “up” periods, do you have increased energy or activity and feel a decreased need for sleep, while during the “down” times you have low energy, hopelessness, and sometimes suicidal thoughts? Do these symptoms of fluctuating mood and energy levels cause you distress or affect your daily functioning? Some people with these symptoms have a lifelong but treatable mental illness called bipolar disorder.

What is bipolar disorder?

Bipolar disorder is a mental illness that can be chronic (persistent or constantly reoccurring) or episodic (occurring occasionally and at irregular intervals). People sometimes refer to bipolar disorder with the older terms “manic-depressive disorder” or “manic depression.”

Everyone experiences normal ups and downs, but with bipolar disorder, the range of mood changes can be extreme. People with the disorder have manic episodes, or unusually elevated moods in which the individual might feel very happy, irritable, or “up,” with a marked increase in activity level. They might also have depressive episodes, in which they feel sad, indifferent, or hopeless, combined with a very low activity level. Some people have hypomanic episodes, which are like manic episodes, but not severe enough to cause marked impairment in social or occupational functioning or require hospitalization.

What are the symptoms of bipolar disorder?

Symptoms of bipolar disorder can vary. An individual with the disorder may have manic episodes, depressive episodes, or “mixed” episodes. A mixed episode has both manic and depressive symptoms. These mood episodes cause symptoms that last a week or two, or sometimes longer. During an episode, the symptoms last every day for most of the day. Feelings are intense and happen with changes in behavior, energy levels, or activity levels that are noticeable to others. In between episodes, mood usually returns to a healthy baseline. But in many cases, without adequate treatment, episodes occur more frequently as time goes on.

Some people with bipolar disorder may have milder symptoms than others. For example, hypomanic episodes may make an individual feel very good and productive; they may not feel like anything is wrong. However, family and friends may notice the mood swings and changes in activity levels as unusual behavior, and depressive episodes may follow hypomanic episodes.

People are diagnosed with three basic types of bipolar disorder that involve clear changes in mood, energy, and activity levels. These moods range from manic episodes to depressive episodes.

The exact cause of bipolar disorder is unknown. However, research suggests that a combination of factors may contribute to the illness.

Bipolar disorder often runs in families, and research suggests this is mostly explained by heredity—people with certain genes are more likely to develop bipolar disorder than others. Many genes are involved, and no one gene can cause the disorder.

How is bipolar disorder diagnosed?

To diagnose bipolar disorder, a health care provider may complete a physical exam, order medical testing to rule out other illnesses, and refer the person for an evaluation by a mental health professional. Bipolar disorder is diagnosed based on the severity, length, and frequency of an individual’s symptoms and experiences over their lifetime.

Conditions That Can Co-Occur With Bipolar Disorder

Many people with bipolar disorder also have other mental disorders or conditions such as anxiety disorders, attention-deficit/hyperactivity disorder (ADHD), misuse of drugs or alcohol, or eating disorders. Sometimes people who have severe manic or depressive episodes also have symptoms of psychosis, such as hallucinations or delusions. The psychotic symptoms tend to match the person’s extreme mood. For example, someone having psychotic symptoms during a depressive episode may falsely believe they are financially ruined, while someone having psychotic symptoms during a manic episode may falsely believe they are famous or have special powers.

Looking at symptoms over the course of the illness and the person’s family history can help determine whether a person has bipolar disorder along with another disorder.

How is bipolar disorder treated?

Treatment helps many people, even those with the most severe forms of bipolar disorder. Mental health professionals treat bipolar disorder with medications, psychotherapy, or a combination of treatments.

Certain medications can help control the symptoms of bipolar disorder. Some people may need to try several different medications before finding the ones that work best. The most common types of medications that doctors prescribe include mood stabilizers and atypical antipsychotics. Mood stabilizers such as lithium or valproate can help prevent mood episodes or reduce their severity. Lithium also can decrease the risk of suicide. While bipolar depression is often treated with antidepressant medication, a mood stabilizer must be taken as well, as an antidepressant alone can trigger a manic episode or rapid cycling in a person with bipolar disorder. Medications that target sleep or anxiety are sometimes added to mood stabilizers as part of a treatment plan.

Psychotherapy (sometimes called “talk therapy”) is a term for various treatment techniques that aim to help a person identify and change troubling emotions, thoughts, and behaviors. Psychotherapy can offer support, education, skills, and strategies to people with bipolar disorder and their families.

Some types of psychotherapy can be effective treatments for bipolar disorder when used with medications, including interpersonal and social rhythm therapy, which aims to understand and work with an individual’s biological and social rhythms. Cognitive behavioral therapy (CBT) is an important treatment for depression, and CBT adapted for the treatment of insomnia can be especially helpful as a component of the treatment of bipolar depression. Learn more on NIMH’s psychotherapies webpage.

Some people may find other treatments helpful in managing their bipolar disorder symptoms.

Unlike specific psychotherapy and medication treatments that are scientifically proven to improve bipolar disorder symptoms, complementary health approaches for bipolar disorder, such as natural products, are not based on current knowledge or evidence. For more information, visit the National Center for Complementary and Integrative Health website.

Living with bipolar disorder can be challenging, but there are ways to help yourself, as well as your friends and loved ones.

Remember, bipolar disorder is a lifelong illness, but long-term, ongoing treatment can help manage symptoms and enable you to live a healthy life.

NIMH supports a wide range of research, including clinical trials that look at new ways to prevent, detect, or treat diseases and conditions—including bipolar disorder. Although individuals may benefit from being part of a clinical trial, participants should be aware that the primary purpose of a clinical trial is to gain new scientific knowledge to help others in the future. Researchers at NIMH and around the country conduct clinical trials with patients and healthy volunteers. Talk to a health care provider about clinical trials, their benefits and risks, and whether one is right for you. For more information, visit the NIMH clinical trials webpage.

Talking to a Health Care Provider About Your Mental Health

If you or someone you know is in immediate distress or is thinking about hurting themselves, call or text the 988 Suicide & Crisis Lifeline at 988 or chat at 988lifeline.org. You can also contact the Crisis Text Line (text HELLO to 741741). For medical emergencies, call 911.

Communicating well with a health care provider can improve your care and help you both make good choices about your health. Find tips to help prepare for and get the most out of your visit. For additional resources, including questions to ask a provider, visit the Agency for Healthcare Research and Quality website.

This publication is in the public domain and may be reproduced or copied without permission from NIMH. We encourage you to reproduce and use NIMH publications in your efforts to improve public health. If you do use our materials, we request that you cite the National Institute of Mental Health. To learn more about using NIMH publications, refer to NIMH’s reprint guidelines.