Dr. Amara will serve as President-Elect of the American Association of the Advancement of Science (AAAS) beginning in February 2020 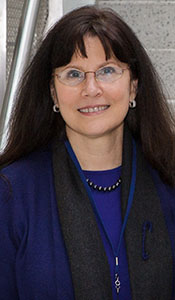 Susan Amara, Ph.D., scientific director of the Intramural Research Program at the National Institute of Mental Health (NIMH), has been selected to serve as president-elect of the American Association of the Advancement of Science (AAAS).

In her role at NIMH, Dr. Amara provides scientific, programmatic, and administrative leadership for the NIMH Division of Intramural Research Programs; promotes an environment conducive to productive research; and coordinates activities, establishes priorities, and analyzes and evaluates progress.

She is also a principal investigator and chief of the NIMH Laboratory of Molecular and Cellular Neurobiology (LMCN). Dr. Amara and the researchers in her laboratory have examined the impact of psychostimulant and antidepressant drugs on the signaling properties, physiology, and acute regulation of biogenic amine transporters. They have also addressed the structure, function, and physiology of glutamate transporters.

Dr. Amara received her B.S. in Biological Sciences from Stanford University and her Ph.D. in Physiology and Pharmacology from the University of California, San Diego. Before joining NIMH in 2013, she held faculty positions at Yale University School of Medicine and the Vollum Institute in Portland, Oregon. She was a Howard Hughes Medical Institute Investigator at each of these institutions. Additionally, she was the Thomas Detre Professor of Neurobiology and Distinguished Professor at the University of Pittsburgh School of Medicine.