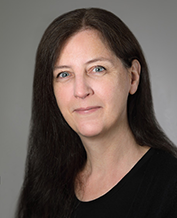 The dentate gyrus is one of only two brain regions that continue to produce large numbers of new neurons during adulthood. The goal of our research is to understand the function of adult neurogenesis by studying the regulation of granule cell development, the activation of the new neurons, and the behavioral consequences of inhibiting neurogenesis.

Another aspect of our work involves exploring the effects of adult neurogenesis on behavior. We have found that mice lacking adult neurogenesis show heightened physiological and behavioral responses to psychosocial stress and decreased ability to adapt to their level of anxiety-like behavior or caution in environments where threats are unpredictable. In addition, we find that rats and mice lacking ongoing neurogenesis show decreased motivation in difficult tasks and decreased shifting of attention to changes in the environment. We are investigating how the effects on stress, motivation, and attention are related to each other and to a role in learning and memory.