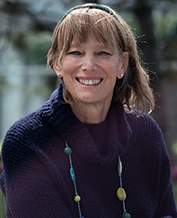 Each individual is unique. Children or adolescents with the same psychiatric diagnosis can have varying degrees of core and co-morbid symptoms. Even monozygotic twins, whose identical genetic makeup allow for highly similar individuals, differ in specific characteristics. These individual differences are attributed to non-shared environmental factors, however, many of these environmental factors influence neurodevelopment with mechanisms or resolution that escape measurement, and thus are, in essence, stochastic processes. Dr. White’s long-term goals are to better understand individual differences in youth with mental health disorders, including the interplay between genes, environment, and stochastic processes. Even twins who are concordant for a specific disorder, such as autism, may have considerable differences when evaluating symptom domains along the continuum. Thus, a better understanding of factors that can influence symptom domains across the continuum can shed light into the underlying mechanisms of mental health problems.

While there is heterogeneity in symptom domains, it is interesting that the core symptoms of specific disorders, albeit differences in severity, have classic patterns that cluster together and allow for identification. Thus, an additional goal of Dr. White is to apply machine learning, pattern recognition algorithms to be able to extract the brain-based patterns that associate with core symptoms along their spectrum. Finally, Dr. White also has a long-standing interest to study younger children and develop primary prevention strategies to (hopefully) help curb the onset of neurodevelopmental disorders in children.

White T (2019) Brain development and stochastic processes during prenatal and early life: You can’t lose it if you’ve never had it; but it’s better to have it and lose it, than never to have had it at all. J Amer Acad Child Adol Psychiatr 58(11): 1042-1050. [Pubmed Link]