1. What was the goal of the first level of STAR*D?

A. The nationwide Sequenced Treatment Alternatives to Relieve Depression (STAR*D) Study, whose goal is to assess the effectiveness of adequately delivered treatments in “real world” patients who have major depressive disorder (MDD), included four levels of treatment (see Background Questions and Answers on the STAR*D Study and Primary Results for Sequenced Treatment Alternatives to Relieve Depression (STAR*D) Study). All participants began at Level 1 and were treated with the antidepressant citalopram, a selective serotonin reuptake inhibitor (SSRI). If they did not achieve satisfactory outcomes, participants could go on to successive levels in an attempt to determine the best next steps after the first treatment did not work. An important goal of Level 1 was to deliver antidepressant medication to outpatients with MDD and to ensure that both the doses of the medication and the length of time over which the patient received these doses were adequate to successfully treat the depression or to conclude that the medication was not working. For those Level 1 participants for whom the first medication did not lead them to become symptom free, or if they could not tolerate the sides effects from citalopram, alternative treatments were available in Level 2 and beyond.

2. Who participated in Level 1 of STAR*D?

A. There were 14 Regional Centers across the United States that oversaw the conduct of the study at 41 clinical sites, which included both mental health (specialty care) and non-mental health (primary medical care) practices in diverse racial, ethnic, and socioeconomic populations. Adults (18-75 years of age) with non-psychotic major depression who were seeking care at one of the STAR*D sites were eligible to participate in Level 1 of the study. Overall, 62 percent of the participants enrolled in Level 1 from mental health care sites, and 76 percent of the participants were Caucasian.

Practitioners at the STAR*D study clinical sites identified people with depression who were either already in treatment or were about to be treated at the clinics to participate in the study. Media advertising was not used to attract participants to the study. In order to have the results of the study be generalizable to the broadest group of real world patients who have depression, most adults with MDD were eligible. There were only a few criteria that could keep patients from being allowed to enroll in the study. For example, people were not eligible for the study if they had already been treated with an adequate dose for an adequate period of time with one or more of the treatments that were part of the first two STAR*D treatment steps, or if a STAR*D treatment could not be safely used because of another medical condition they had or other medications they were taking. In addition, people with substance abuse that required detoxification, or who at the time of the study had anorexia, or a primary diagnosis of bulimia, or obsessive compulsive disorder were not eligible because they required treatments that were not part of STAR*D.

A total of 4,041 outpatients were entered into the Level 1 study.

3. Were all of the 4,041 participants who entered the study included in the Level 1 results?

A. After participants were identified and consented for the study, a thorough evaluation was conducted, which included measuring the severity of their depressive symptoms. Before any statistical analyses of the results were conducted, it was determined that 931 participants did not meet the requirement to be in the study of “at least moderate” depression (according to a rating scale used in the study) or the rating scale score could not be obtained from the participants, so they could not be to be included in the analysis of the results. Furthermore, 234 patients did not return after their first evaluation visit and did not participate in treatment during Level 1. Therefore, of the 4,041 participants who were enrolled initially in Level 1, 2,876 were “evaluable” and are included in the results of Level 1.

4. What treatments did participants receive in Level 1?

A. All participants were given the antidepressant medication, citalopram (Celexa) in Level 1. Citalopram was given for 12-14 weeks, unless the medication was stopped due to intolerable side effects, or because side effects limited the ability to increase the dose to a level that provided the participant with symptom relief, or because the participant continued to have a high level of symptoms after 9 weeks of the maximum dose tolerated. Participants who became symptom-free (achieved remission) during the 12-14 weeks of treatment with citalopram moved to a 12-month follow up period with citalopram continued.

5. Why was citalopram chosen as the medication for all Level 1 participants?

A. The antidepressant, citalopram, was selected as a representative SSRI to be used for all participants who entered Level 1. It was chosen as the first medication treatment for a variety of reasons. One important reason is that it does not cause problematic symptoms when it is stopped; this was an important consideration given the expectation that many participants would not do well on their first treatment and would need to discontinue it and go on to another treatment. Furthermore, citalopram is easy to administer because it uses once-a-day dosing, has been shown to be safe in older adults and in medically fragile patients, requires few dose adjustment steps, and does not have many unfavorable interactions with other medications that participants might be taking for other medical problems.

6. How were participants’ doses decided and how was their progress measured?

A. Since the Level 1 treatment goal was to ensure that the first medication treatment was given the best possible chance to help each participant to recover from their depression, it was very important that the delivery of the medication treatment was as good as possible. To ensure that that happened for every participant, a systematic but easily carried out approach was used in STAR*D. This approach was called measurement-based care. It requires routine, consistent measurement of symptoms and side effects at each treatment visit with simple and easy to use measurement tools, and the use of a treatment manual that describes when and how to modify medication doses based on these measures. For citalopram, the manual allowed starting doses and dose adjustments to be individualized for each participant in order to minimize side effects, maximize safety, and provide the best chance of therapeutic benefit. This enabled STAR*D practitioners to provide consistent, high-quality care.

For the 12-14 week (three-month) duration of Level 1, participants were to be seen for five or six treatment visits, occurring every two weeks for the first six weeks and then every three weeks. At each treatment visit, the participant rated the presence of side effects, and the severity of the depressive symptoms was rated by both the participant and the trained research coordinator who assisted the practitioner.

7. What are the most important things learned from Level 1 about the treatment of depression?

A. In most clinical trials of treatment for depression, the measure of success (outcome) is called “response” to treatment and usually means that the person’s symptoms have improved meaningfully — decreased to a level of at least half of what they were at the start of the trial. In STAR*D, the outcome measure was more stringent than this; the outcome measure was “remission” of depressive symptoms, i.e., being relatively symptom-free. Symptom-free was selected as the outcome measure because people who reach this goal generally function better socially and at work and have a better chance of staying well than do people who only achieve a “response,” but not a remission.

In STAR*D, about a third of the participants in the Level 1 portion reached “remission” and about 10-15 percent more were “responders” who did not reach remission. These are particularly good results given the fact that study participants had high rates of chronic or recurrent depression and other psychiatric medical problems.

8. What is the most important thing learned from Level 1 about measuring depression and side effects?

A. It is important that this comprehensive, nationwide study of depression used in a systematic and consistent way, easy-to-use ratings of symptoms and side effects that can readily be incorporated into real-world medical and psychiatric settings. These research tools worked well in the real world practices in this study, and this measurement-based care may have contributed to obtaining greater than expected remission rates.

The study demonstrated that most depressed patients can quickly and easily complete systematic ratings of their symptoms as well as estimate their side effect burden on their own in a very short time. Their doctors can then rely on these self-rated tools for accurate and useful information to make informed judgments about treatment without taking time in their busy schedules to administer them. The patients can also use these tools to participate in managing their illness at home in the same way, for example, that hypertensive patients can measure their own blood pressure.

9. Is there more information about these easy-to-use measurement tools?

A. The Frequency, Intensity, and Burden of Side Effects Rating (FIBSER), completed as a self-report by the participants, was used to measure side effects. Symptoms of depression were measured using the clinician version of the 16-item Quick Inventory of Depressive Symptomatology (QIDS-C16) and the patient self-report version (QIDS-SR16). Findings from the self-report version matched the findings from the version completed by the STAR*D practitioners (clinicians).

The STAR*D treatment manual and copies of the FIBSER and QIDS-SR16 (in multiple languages, including Spanish) are available for use by the public at no cost.

10. Q. Did it make a difference if the participant was treated in the primary care clinic versus the specialty psychiatric clinic?

11. Did the participants being treated in Level 1 experience side effects from citalopram?

12. Are there characteristics of people with depression in this study that can help doctors predict who will do well on citalopram?

A. This study cannot provide information to predict whether any specific individual will get better with citalopram treatment or not. However, it can provide insight into the characteristics of participants who reached the symptom-free level. In general, there were certain features that participants who reached remission had at the start of the study. They were more likely to be Caucasian, female, better educated, more highly paid, have private health insurance, fewer general medical conditions, and fewer psychiatric disorders in addition to their depression. Also, their current episode of depression tended to be shorter and the level of their depressive symptoms at the start of the study was less severe. Finally, they tended to be married or living with some as opposed to living alone.

13. What do the results of this study mean for people with depression and the doctors who provide care for them?

A. The results highlight the effectiveness of high-quality care, which includes the use of medication guidelines that optimize dosing and diligent procedures for measuring how a patient is progressing in treatment. By consistent use of easy-to-use symptom and side effect measurements, the practitioners were able to provide expert individualized care to participants, following a dosing guide. In all likelihood, this consistent approach and attention to the individual needs of the participant may have increased the ability to use dosages of citalopram that are higher than are generally employed in clinical practice, thus achieving the best rates of remission possible.

It is equally important to note, however, that even with optimal assessment approaches and optimal medication dosing, about two-thirds of people with MDD in this study did not achieve remission of depressive symptoms with this first treatment. Thus, it is important to know what to do as the best next step for this group. Subsequent analyses of the data from Level 2 and beyond are expected to shed light on this. 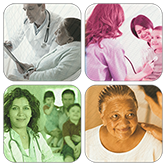