Dr. Robert Heinssen to Step Down as DSIR Director 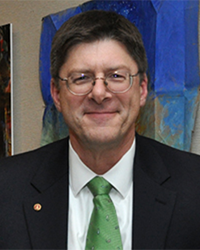 In June 2022, Robert Heinssen, Ph.D., ABPP, will step down as director of the NIMH Division of Services and Intervention Research (DSIR). During his 22-year tenure at NIMH, Dr. Heinssen has served in various leadership roles, including director of DSIR since 2009. Outside of NIMH, he is recognized internationally as a leader in science-to-practice initiatives in early serious mental illness. Upon stepping down as division director, Dr. Heinssen will transition to a new role as a senior advisor in the NIMH Office of the Director.

Dr. Heinssen’s leadership in promoting evidence-based, person-centered treatment for serious mental illness has been recognized by many scientific societies, professional organizations, and mental health advocacy associations. For instance, in 2019, he was awarded the Distinguished Service Award from the National Alliance on Mental Illness (NAMI) in recognition of his exceptional efforts to improve the lives of people living with mental illnesses.

Beyond awards, Dr. Heinssen is most proud of his role in advancing Coordinated Specialty Care for first episode psychosis. His work, and that of colleagues at NIMH and at SAMHSA, played a crucial role in the expansion of the availability of this evidence-based treatment, which now reaches tens of thousands of young people each year across the United States. Last year the American Psychiatric Association added CSC to the new practice guideline on treatments of patients with schizophrenia and the VA launched a national program to deliver CSC to veterans with first episode psychosis.

Dr. Heinssen will remain a key member of the NIMH team. In his future role as senior advisor in the NIMH Office of the Director, he will continue to support the NIMH mission through his ongoing work to advance the science and practice of learning health care.

A national search for a new NIMH DSIR director will begin this winter with a leadership transition expected in the spring or summer of 2022.