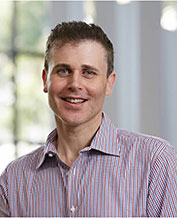 Dr. James A. Bourne is the Chief of the Section on Cellular and Cognitive Neurodevelopment. He received his BSc in Biochemistry from Imperial College of Science, Technology and Medicine (London) and his Ph.D. in Neuropharmacology from King’s College London. He then spent the next two decades in Australia at the University of Queensland and later at Monash University. In 2003, he was awarded an Australian Research Council (ARC) Fellowship and started to advance an independent area of research exploring the development and maturation of the primate visual system. Through a multidisciplinary cell-to-system approach, his group has influenced views on the developmental organization and plasticity of the primate visual system and how perturbations to specific circuits at a particular period in development can have life-long implications on visually-guided behaviors.

Dr. Bourne’s interest in systems neuroscience led to a fascination with how reliably and capably the brain develops and becomes tightly interconnected to enable the complex behaviors species have evolved to perform. However, development is an area of neuroscience that is often overlooked in terms of trying to define the substrate and cause of neurological and psychiatric disorders. Therefore, Dr. Bourne’s overarching research goal is to probe the neural substrate of certain diseases and conditions through the development lens. A region of the brain that will be part of a significant focus is the pulvinar nuclei of the thalamus, which has expanded in size, complexity and function throughout mammalian evolution. Therefore, an overarching aim of the Section on Cellular and Cognitive Neurodevelopment is to take a multi-technique approach to explore the development of thalamocortical circuits and their plasticity into adulthood. This approach has the potential to identify the neural underpinnings of disorders, including schizophrenia, autism and cortical blindness, as well as help us understand how the brain differentially operates at different stages of life.