Laboratory of Brain and Cognition (LBC) 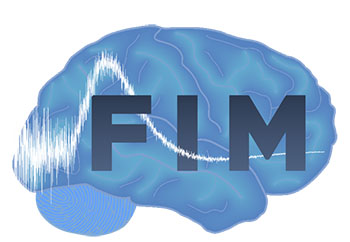 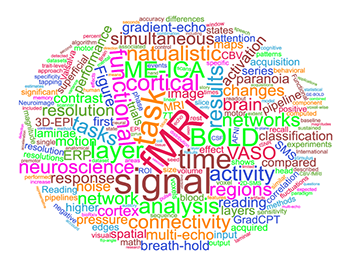 The section on Functional Imaging Methods is within the Laboratory of Brain and Cognition and the National Institute of Mental Health. Functional MRI is a technique that utilizes time series collection of rapidly-obtained magnetic resonance images that are sensitive to localized brain activation induced hemodynamic changes. The utility of Functional MRI (fMRI) has been increasing since it was discovered in 1991. The limits of the technique (spatial and temporal resolution, interpretability of the signal, and applications) are determined by imaging technology, experimental and processing methodology, and the variable and undetermined relationship between neuronal activity and hemodynamic changes.

The Section on Functional Imaging Methods is a team of physicists, psychologists, engineers, neuroscientists, and computer scientists committed to advancing the field of fMRI by developing of improved fMRI data acquisition and processing methodology, shedding light on the relationship between neuronal activity and hemodynamic changes, characterizing the sources of artifact and useful information in the signal, and bridging the gap between basic development and research and clinical applications.

Dr. Bandettini has been pushing the field of fMRI methods for over 20 years, and along with directing his Section on Functional Imaging Methods and the Functional MRI Core Facility, he served as Editor-in-Chief of the journal, NeuroImage from 2011-2017. He is extremely active in the field, having published over 130 papers and having presented over 325 invited lectures. He has been an active member of the leadership of the Organization for Human Brain Mapping, having served as Education Chair, Program Chair, and President during the past decades.

Dr. Bandettini received his B.S. from Marquette University in 1989 and his Ph.D. from the Medical College of Wisconsin in 1994, where he played a role in the early development of magnetic resonance imaging of human brain function using blood oxygenation contrast. During his postdoctoral fellowship at the Massachusetts General Hospital with Bruce Rosen, he continued his investigation of methods to increase the interpretability, resolution, and applicability of functional MRI techniques. In 1999, he joined NIMH as an Investigator in the Laboratory of Brain and Cognition and as the Director of the NIH Functional MRI core facility. In 2001, he was awarded the Scientific Director's Merit Award for his efforts in establishing the NIH FMRI core facility. In 2002, he was awarded the Wiley Young Investigator's at the annual Organization for Human Brain Mapping Meeting. His laboratory is currently developing MRI methods to improve the spatial resolution, temporal resolution, sensitivity, interpretability, and applications of functional MRI.