Through basic science, researchers endeavor to answer fundamental questions about the mechanisms (e.g., brain, behavioral, environmental, psychosocial) that contribute to cognition, perception, motivation, and social behavior. We have seen extraordinary progress in basic science over the past several years, including in neuroscience. New tools have enabled precise mapping and the ability to modulate brain circuits across model systems, from cells in a dish to the human brain. New techniques have improved the resolution of structural and functional imaging in humans. New sensor technologies are transforming the study of behavior. These new tools, techniques, and technologies will help us piece together the many complex connections among genes, the brain, and behavior. Researchers are also exploring how these aspects of mental function become altered in mental illnesses.

The vast number of cells and connections in the brain make understanding its function in complex behavior particularly challenging. New tools and technologies are helping us create a detailed map of the circuits involved in complex behavior, including those associated with mental illnesses. For example, to address the range of individual variation in brain circuits, the Human Connectome Project provided a reference atlas of neuronal connectivity—or a connectome—of 1,200 healthy brains. Researchers are now mapping long-distance brain connections and looking at their variability in unprecedented detail. These efforts are underway across development and across mental illnesses.

The genomics revolution, fueled by technological advances, has revealed insights into the genetic architecture of mental illnesses. Over the past several years, large, replicated genomic studies have revealed many common and rare variants associated with the most heritable conditions (e.g., schizophrenia, bipolar disorder, autism). We are also making strides in identifying the genetic and nongenetic factors that control gene expression and play other roles in mental health and illness. While we have gone from few clues to many, we still cannot fully explain the root causes of mental illnesses. Researchers have begun the task of sorting through the complex patterns of genomic variation and environmental moderators to define and elucidate how these variations confer risk and resilience. We now know hundreds of identifying locations in the genome where genetic variation raises risk for psychiatric disorders. Because most participants in these studies have been of European descent, the findings may not be applicable to all. NIMH is expanding efforts to increase the diversity of the study participants across our genomics research to better benefit people of all racial and ethnic groups. Researchers are also exploring the role of nongenomic factors (e.g., the environment, experience, the microbiome) and their impact on the risk for mental illnesses, including their impact on gene expression.

We seek to understand how the interplay of molecular, cellular, circuit-level, genetic, and environmental factors influence the development of mental illnesses through animal and human studies. Multidisciplinary approaches integrating statistics, mathematics, physics, computer science, and engineering will help us begin to explain how our brain predicts, interprets, alters, and responds to a complex world. Through basic science, we will achieve a more refined understanding of the brain mechanisms underlying complex behaviors, which will drive progress toward the novel interventions of tomorrow. 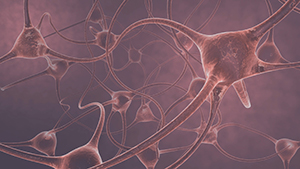 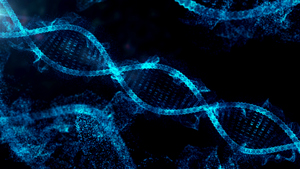 A full understanding of the multifaceted contributors to risk for mental illnesses requires examination of genomic, epigenomic, and other factors, including the environment and experience, worldwide. Understanding how these factors contribute to adaptive and maladaptive behaviors, mental function and dysfunction, and mental illnesses is critical for developing improved diagnostics and interventions that are effective for diverse individuals and populations. The genetic architecture of mental illnesses is extraordinarily complex. While the field of genomics has achieved remarkable advances in the past few years, the exact mechanisms that place certain individuals and populations at higher risk than others remain unknown. We need comprehensive approaches to understand genomic and non-genomic risk factors, and such investigations must consider diverse populations from around the world. To facilitate the transition of knowledge to practice, we need novel study designs, advanced genomic technologies, and innovative statistical and bioinformatic methods. These approaches will help us to revolutionize the analysis and interpretation of genetic associations and will speed the transition of this knowledge to practice.

To more effectively identify the genomic and non-genomic factors associated with mental illnesses, NIMH will support research that employs the following Strategies:

Most of what we currently know about human brain circuits comes from studying healthy functioning. To understand changes in neural structure and function related to mental illnesses, we must apply the research tools we have in hand to characterize the neural circuits implicated in mental illnesses across diverse populations. It is becoming increasingly possible to map both proximal and distal neural connectivity in the brain, enabling an understanding of the relationships between neuronal structure and function at the systems level. To develop comprehensive understanding of neural connectivity in mental illnesses, we must extend existing structural and functional mapping to the cellular level. Connectomic studies of the brain are bringing us innovative tools and technologies. Emerging developments include robust molecular markers for synapses, new tracers for identifying circuit inputs and outputs, high density electrode arrays, and novel microscopy techniques to reconstruct brain circuits. New technologies are faster, less expensive, and scalable for anatomic reconstruction of neural circuits at all biological scales. Focused studies of circuit disruption in mental illnesses will be essential to translate knowledge gained from these technologies into novel targets for therapeutics.

To better characterize and analyze the neural circuit mechanisms involved in mental illnesses, NIMH will support research that employs the following Strategies: 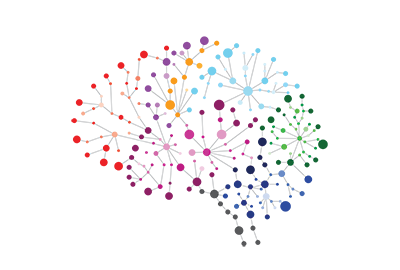