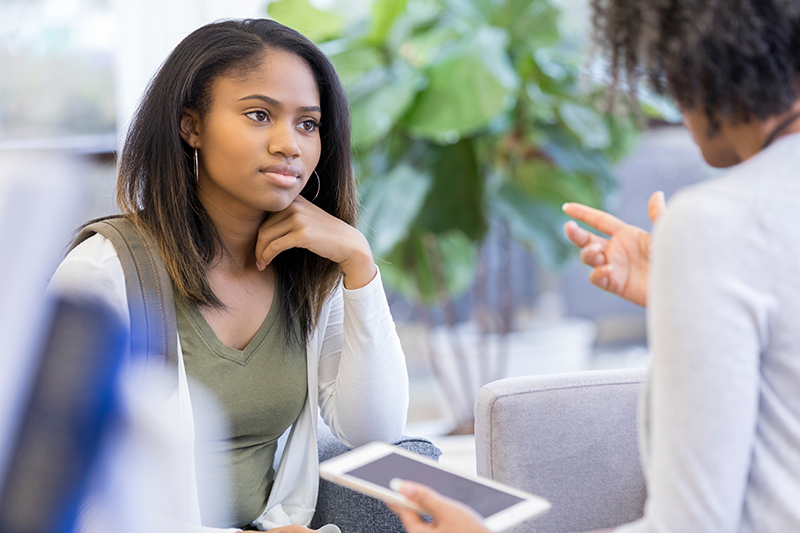 For many adults who have a mental disorder, symptoms were present—but often not recognized or addressed—in childhood and adolescence. Early treatment can help prevent more severe, lasting impairment or disability as a child grows up. However, at least half of youths with mental disorders are unrecognized and untreated. There are also limitations to existing diagnostic tools—in terms of length of time to complete and reliability for monitoring a patient’s response to treatment.

NIMH-funded researchers have developed Kiddie−Computerized Adaptive Tests (K-CATs) to rapidly and accurately diagnose the presence and severity of anxiety, depression, other mental disorders, and suicidal ideation in children. Their findings, which appeared in the Journal of the American Academy of Child & Adolescent Psychiatry, provide a new approach to child psychopathology screening—one that can be completed in minutes instead of hours.

Led by Robert Gibbons, Ph.D., of the University of Chicago and David Brent, M.D., of the University of Pittsburgh, the researchers created a suite of seven diagnostic questionnaires—called K-CATs. They developed the K-CATs by using responses on two assessments (Child and Adolescent Psychopathology Scale and adult CAT-MH) from parents and children (7 to 17 years of age). In the first phase, the K-CATs were developed by interviewing 801 participants and their parents. In phase two, Brent and colleagues tested the validity of the K-CATs against gold-standard, semi-structured research interviews with nearly 500 individuals with mental illnesses and over 100 healthy controls and their parents.

The resulting K-CATs are adaptive—meaning they adapt to the respondent’s answers. By tailoring the type of questions to the individual and their responses, the K-CATs can overcome the limitations of tradition assessments, particularly when it comes to length and possible response bias. The K-CATs are used to screen for depression, anxiety, mania/hypomania, attention-deficit/hyperactivity disorder, conduct disorder, oppositional defiant disorder, and suicidality. The researchers found that parents and children completed the K-CATS in approximately 6 and 8 minutes, respectively. The diagnoses and severity of these disorders were comparable to those found in clinical interviews, which take an average of two hours to complete.

Now, according to the researchers, the K-CATs are ready to be tested in variety of non-psychiatric clinical settings, such as emergency departments and pediatric primary care, where rapid, accurate assessments would be particularly helpful. Future work will also include testing and validating the K-CATs as a predictor of future suicidal behavioral in these non-psychiatric settings.

In a current study, Brent, Gibbons, Neal Ryan, M.D., of the University of Pittsburgh, and Fuchiang (Rich) Tsui, Ph.D., of Children’s Hospital of Philadelphia, are evaluating the efficacy of three approaches to predicting suicidal behavior in adolescents seen in a psychiatric emergency room— 1) K-CATs, 2) Shneidman’s psychache (mental pain) and Joiner’s Interpersonal Theory of Suicide, and 3) using a machine learning and natural language technique for processing electronic health records to identify youth at risk for suicide attempts. They hope that each will be more effective than a more time-consuming clinical assessment in the prediction of suicide attempts—and that the combination of the three approaches will be more powerful than any of these approaches alone.

In order to effectively treat mental disorders, clinicians in a variety of settings need to be able to rapidly and accurately access their patients. The development and validation of K-CATs and other similar tools is an important part of NIMH’s efforts to improve the efficiency, effectiveness, and reach of mental health services through research.