Welcome to the latest edition of Inside NIMH. We publish Inside NIMH in conjunction with each meeting of the National Advisory Mental Health Council, which advises the Secretary of Health and Human Services, the Director of the National Institutes of Health, and the Director of NIMH on all policies and activities relating to the conduct and support of mental health research, research training, and other programs of the Institute. In addition, check out the NIMH Director’s Blog website for regular updates on timely topics at NIMH. I hope you find this information interesting and helpful. Please let us know if you have questions or comments on this edition.

If you wish to unsubscribe, subscribe, or change your e-mail address, please contact the NIMH Webmaster or visit the Inside NIMH subscription page.

I. Message from the NIMH Director

A wintry welcome from NIMH, and we have much to discuss! We are releasing the new, 2015 NIMH Strategic Plan, soliciting new grants via the Brain Research through Advancing Innovative Neurotechnologies (BRAIN) Initiative promoting guidelines to enhance the reproducibility and validity of clinical trials, clarifying expectations for data sharing, and much more. 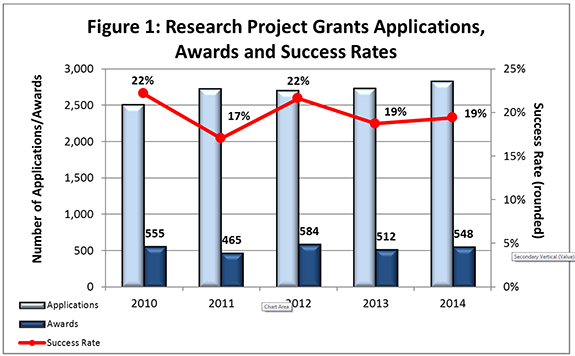 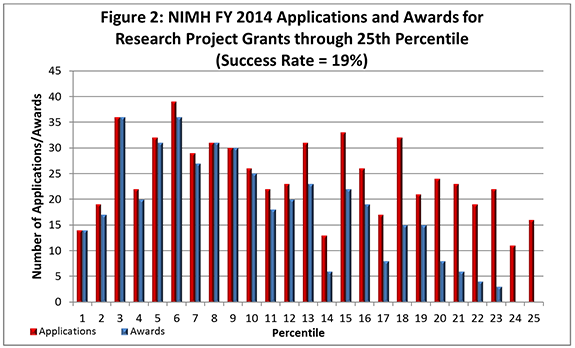 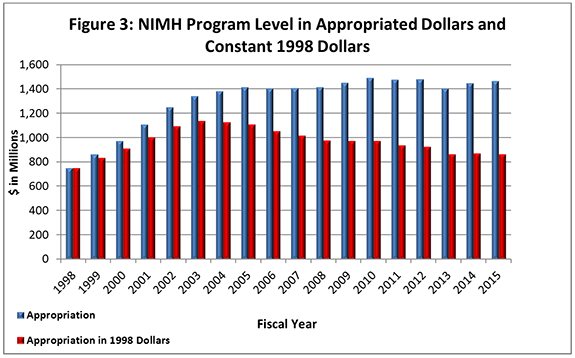 NIMH is proud to recognize significant awards received by our current grantees:

Here is a selection of the Institute’s most recently funded projects that exemplify our efforts to accelerate mental health research and to advance the NIMH Strategic Plan:

For more information on these and other grants selected for funding, please visit the NIH RePORTER website.

Each week, NIH electronically distributes the NIH GUIDE, a listing of all NIH Funding Opportunity Announcements (FOAs) that include requests for applications (RFAs), program announcements (PAs), and important notices for the scientific community. Below is a selection of recently issued FOAs in which NIMH participates. The Funding page on the NIMH website has links to listings of all NIMH FOAs and other resources.

Note: You can subscribe to the NIMH Funding Opportunities ListServ to receive the latest information about RFAs and other research funding opportunities from NIMH, as well as administrative updates and changes to grant policies and procedures. You can also subscribe to a separate listserv to receive weekly e-mails of the NIH GUIDE.

This listing of potential future initiatives is meant to provide the earliest possible alert to the field of our research interests and of potential upcoming announcements to solicit that research. While NIMH plans to proceed with these initiatives, their publication and timing are not certain and depend on sufficient funding. The titles and brief descriptions are consistent with the information available at the time of concept clearance. The resultant FOAs may differ from the concepts in the final wording of their titles or other aspects. To send questions about a specific concept, follow the "Submit Comments" link at the bottom of the description.

For more information on all of these updates, please see the NIH eRA News and Events page.

Questions? Contact the eRA help desk. Note that contacting this help desk is the only way to document problems with an electronic grant application submission. Evidence of this contact is the only way to be eligible for any special consideration by the Center for Scientific Review (CSR) Division of Receipt and Referral, should you run into a system problem with Grants.gov or with eRA that is beyond your control.

Here is the latest news about Research Training and Career Development at the NIMH and the NIH:

We are interested in feedback from the community; comments or suggestions related to NIMH’s support for research training and career development may be directed to NIMH_Training@mail.nih.gov.

The following blogs by Former NIMH Director Thomas Insel are no longer available.

The latest news and updates from NIMH-supported research:

Publicizing NIMH research is a communal responsibility. Please help us spread the word about the results of NIMH funding by acknowledging our support of your research, for example, in journal articles (citing your NIMH award by number when possible) and other communications. NIMH has two primary methods of getting the word out: press releases and science updates. All releases and updates are posted to the Science News section of the NIMH Web site. These are also distributed to the public through a mailing list.

If you have a manuscript accepted for publication that describes an especially significant finding, please contact your NIMH Program Official to discuss the possibility of a news release or other forms of dissemination.

Our newest effort to reach our stakeholders is a service that allows you to to subscribe for updates sent directly to your email inbox on the NIMH topics of your choice. In addition to our email newsletters and RSS updates, NIMH offers a vodcast series entitled “Speaking of Science,” and its own YouTube videos on mental health topics. We have also entered the world of Twitter and Facebook, where we highlight Science Updates, Press Releases, and other timely matters.

Inside NIMH is produced by the National Institute of Mental Health. For more information about the Institute, visit our Web site at http://www.nimh.nih.gov. For comments and suggestions about Inside NIMH, please contact the NIMH Webmaster. The material in this newsletter is not copyrighted, and we encourage its use or reprinting.